RIVERA’S GREATER AMERICA
My mural which I am painting now—it is about the marriage of the artistic expression of the North and of the South on this continent, that is all. I believe in order to make an American art, a real American art, this will be necessary, this blending of the art of the Indian, the Mexican, the Eskimo, with the kind of urge which makes the machine, the invention in the material side of life, which is also an artistic urge, the same urge primarily but in a different form of expression.
—Diego Rivera, 1940
The January 6 hearings have been a bombshell, exploding the myths of Trump’s patriotism, character, and competence for all to see—and for his MAGA-cult minions to deny with their usual alacrity. The ex-Trumper men and women who are finally coming forward to testify or to write tell-all books are being lauded by the excitable mainstream press as heroes; Adam Kinzinger, Rusty Bowers and Cassidy Hutchinson, braving threats to life and career do merit our respect; while Liz Cheney, William Barr, and a number of other published Trump apostates, however useful their current testimony, may have ulterior motives and should be considered heroes only qualifiedly. So why did it take the mob-and.mobster mayhem of January 6 to awaken these loyalists (some of whom bizarrely assert that they would still vote for Trump again,) who mocked the ‘woke’ liberals for four years, from their dogmatic slumbers?
The truth about Trump has been evident to anyone without rose-colored (or Rose-Garden-colored) lenses for decades. He’s a capitalist embodiment of the old Seven Deadly Sins, after all: Lust, Envy, Glutton, Anger, Sloth, Envy, and —hmmm, that’s six—oh, Greed. If there is one good feature about the horde of evils released by the Pandora of Trumpism, it is the exposure that—to quote Republican political operative Stuart Stevens’ 2020 book characterizing Trumpism as Reagan Republicanism on steroids, It Was All A Lie.
Any reader of Howard Zinn’s A People’s History of the United States (1980) —which should be required reading for high-schoolers, in an ideal, literate world—could have told us that before Reagan was elected, but the myth of American virtue and exceptionalism persisted in the mass mind and mass-media mind. Horatio Alger’s best-selling up-from-poverty-with-pluck capitalist versions of Dickens survive, despite the ‘concerning’ realities. Tucker Carlson, a day or two ago, touted his own estimable 90-hour-a-week work ethic—not crafting chicken pies for his Swanson-heiress mother, but polishing paternalistic moral tales for keeping the benighted both blessed with progeny and in debt: dependable wage slaves for the Masters of the Universe. Work for nothing, teens; show us your character.
If the United States is to prosper and even survive, mainstream Americans must shake off the toxic lie of Christian capitalist white supremacy. The demographics are on the side of a pluralistic, multicultural America; so are common decency and the real history of an immigrant America, not Hollywood tales of jut-jawed gunmen defending the “sacred American way of life,” to use Dubya’s felicitous term from 2001, against The Other. The last, final existential battle between equal and opposite contending forces/principles— good guys and bad guys—curiously never seems to be the the last, just the penultimate—or the one before that. There’s always a new clash of the titans when historical time (complex reality) gets morphed into mythic time (simplistic fantasy). Epic cosplay adventure time again!
The current exhibition of 150 little-seen artworks by Diego Rivera at the San Francisco Museum of Modern Art is entitled Diego Rivera’s America. That claim to sovereignty is a corrective to those of the flag-bearing European colonists of the New World that reflects the artist’s own background as a Paris-trained modernist who returned to Mexico to renew his affiliation with his homeland and its mestizo (mixed) culture. America for Rivera was the entire western hemisphere, “the territory included between two ice barriers of the two poles.”  The exhibit resurrects for younger audiences an artistic giant who merged sociopolitical convictions with compelling power and beauty. Rivera is an epic history painter (without the establishmentarian negative connotations of the word); his sprawling, packed murals, collapses and conflate eras and cultures, violating the time and space unities of classical historiography. While the exhibit includes large-scale videos of murals painted elsewhere, Rivera's colossal Pan-American Unity, or, The Marriage of the Artistic Expression of the North and the South on This Continent, from 1940, on loan at SFMOMA until January from City College of San Francisco, should not be missed, either —as if the ten-panel, multi-ton, 22’ x 74’  panorama, mounted to the wall in the museum’s foyer, could be overlooked. 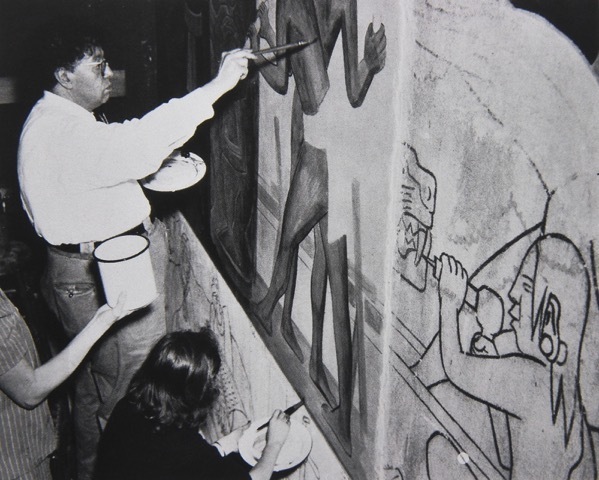 Take the time to take it in again. Mid-century murals like Rivera’s Pan-American Unity and Victor Arnautoff’s George Washington High School murals, the subject of political controversy in recent years, are artistic/historic time capsules in which San Francisco, liberal and tolerant (most of the time), is blessed—if we resist the desire to ‘cancel’ them for current political sins.  NelsonRockefeller ‘canceled’ Rivera’s 1932 New York City mural for depicting, amid the hordes populating Man at the Crossroads, that antichrist of capitalism and idol of 1930s communists like Rivera, V.I. Lenin. (By 1942,Rivera had concluded, after learning of pogroms and show trials: “Communist revolution has only one outcome: totalitarian dictatorship…. democracy is the only alternative….”)
Rivera’s universal history of the Americas is encyclopedic and maximalist; it’s almost a God’s eye view of the history of the New World. He includes the cultures (indigenous and Anglo-immigrant) and personalities that shaped the New World for centuries and those world-stage actors still important during the 1930s. The nameless weavers, miners, farmers, and other laborers whose contributions go unsung by history are here ennobled and commemorated, without the false pomp of Socialist Realism. Eminent persons of all kinds are included as well: the poet Netzahualcoyotl, king of Texcoco; Helen Crlenkovich, Olympic high diver, and Timothy Pflueger, San Francisco architect and Rivera patron;  the engineers and industrialists Albert Einstein, Henry Ford and Thomas Edison, along with Samuel F.B. Morse and Robert Fulton, the last two painters as well as inventors; the political leaders Washington, Jefferson and Lincoln with their Mexican counterparts, Miguel Hidalgo and Jose Maria Morelos; the revolutionists Simòn Bolivar and John Brown; cultural figures like Charlie Chaplin, Paulette Goddard, Edward G. Robinson, Albert Pinkham Ryder, Frida Káhlo, Emmy Lou Packard (one of Rivera’s assistants) at the easel, now the subject of a retrospective exhibition at Richmond Art Center), Frank Lloyd Wright, Maronio Magaña (sculpting the stone head of the Aztec Feathered Serpent god of sun, wind, air and learning, Quetzalcoatl), and Rivera himself; and even the dictators of the day, Stalin, Mussolini and Hitler—whom Chaplin jokingly chided for having stolen his tLittle Tramp toothbrush mustache and parodied as Adenoid Hynkel in his 1940 film, The Great Dictator. That film begins in satirical buffoonery and concludes with Chaplin’s little Jewish barber, disguised at Hitler in Nazi uniform, pleading across the airwaves for universal tolerance and goodwill. Democracy is the only alternative.

It’s a compendium of his past history, of his European artistic heritage and his love for working class people and his love of indigenous history. You know, I mean, it's all there. And his idea of progress and change, that it's not scary. For him, the idea of change is moving forward all together within this piece. To me, [the forbidding Aztec goddess] Coatlicue [at the center of the mural] is not just the earth. Coatlicue is the cosmos. In all its beauty and humbleness and its scariness, you know, which he does not shy away from. So, it it's really like, it is an exuberant, magnificent, life-affirming piece. — Yolanda López, Chicana artist and activist

Yeah, it is magnificent, it is beautiful. But it’s also really complex because it’s Rivera’s vision of this American continent shaped by similar historical forces, the Indigenous past, colonial history, but also this confidence in innovation and technology. Like a lot of his work, for me, this mural is, it’s just super optimistic: if we emphasize what we share more than what divides us, across ethnic or class or political borders, if we empathize, you know, we might actually achieve greater harmony, greater equality. It’s a utopian idea, of course, but it’s a very powerful one. —James Oles, curator of Diego Rivera’s America 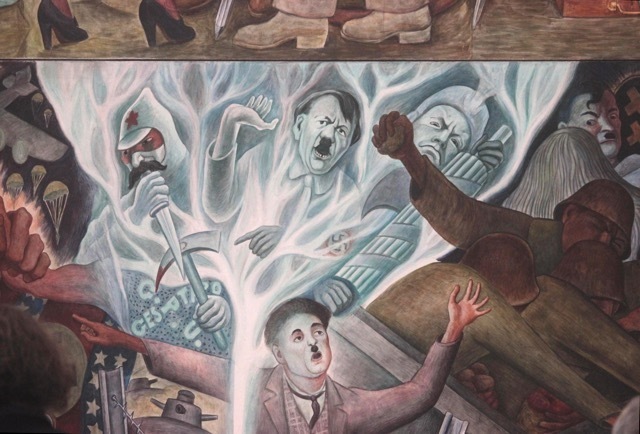 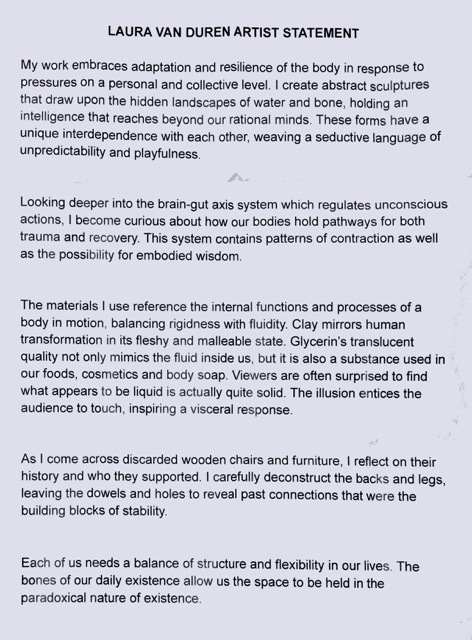 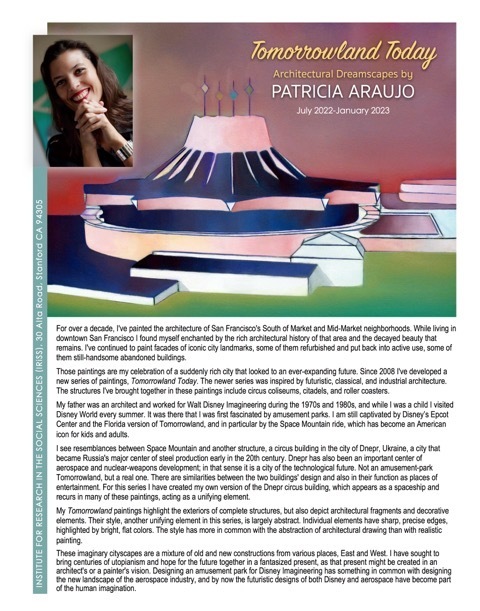 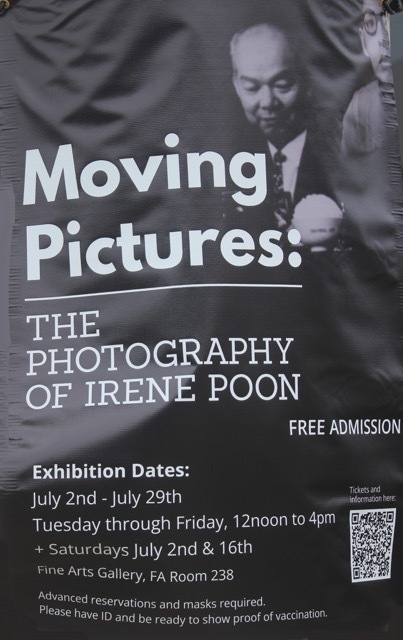 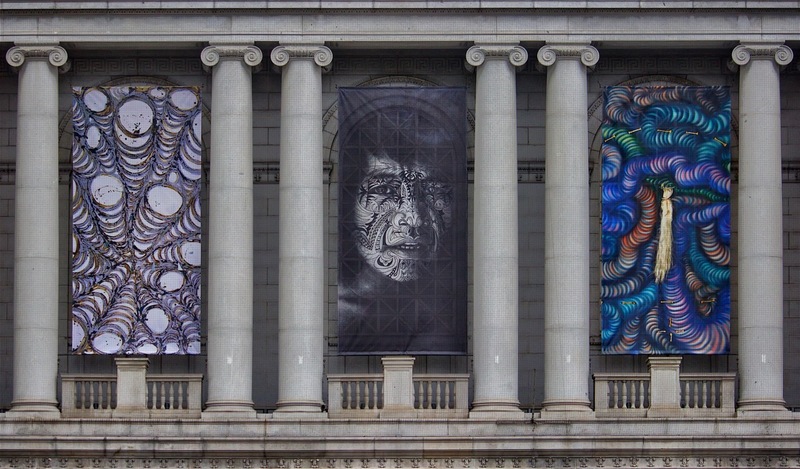