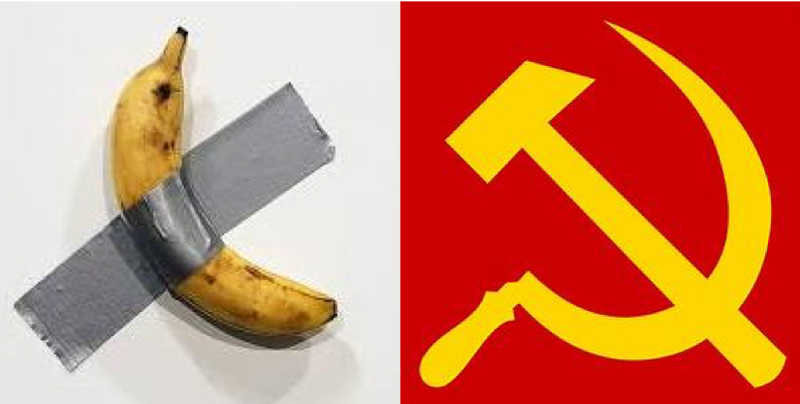 When Too Much is Not Enough
by DeWitt Cheng
In 1961, the conservative mandarin and pundit William F. Buckley wrote “Why Don’t We Complain,” an essay lamenting the indifference of Americans to mediocrity and slovenliness. Buckley had taken a New Year’s vow: “Henceforward I would conquer my shyness, my despicable disposition to supineness. I would speak out like a man against the unnecessary annoyances of our time.” I recently reread it, and — spoiler alert! — find resonances with our current political and cultural plight.
But wait, you say: is there too much silent stoicism in the bitterly divided Trump era? Well, yes, in certain areas.
A few days ago, I traipsed over to the San Francisco Museum of Modern Art to catch “Soft Power,” an intriguingly named international exhibition of twenty-odd artists dealing the with the themes of history, memory and sociopolitics. Like other large thematic group shows presented lately — SFMOMA’s “China,” a modernist/postmodernist survey show a while back, and Berkeley Art Museums’ “Strange” show — it contained many works of great merit, some even unforgettable. My lament about these blockbusters, however, is that they are diluted by being too large and compendious. The bulk of so-so works dilute and overpower the effect of the better ones, like Michael Bloomberg’s ads drowning out their competitions through sheer volume.
Shows that try to be everything to everyone tend to end up less forceful or memorable than judiciously selected works from fewer and better artists. I suspect that one of the main factors explaining the curatorial sprawl is the current lack of consensus on what the most consequential art is and what makes it so. The expansion of aesthetic choices in art over the past fifty years has been fruitful, not only expanding the creative playing field, but also expanding visual art’s audience. It looks more like America now.
This expansion, so like the proliferation of digital media, has come with a dilution of power and effect, even as it has evolved into a $50+ billion dollar economic sector: the art industry. For many museum goers today, it is a mildly benevolent form of entertainment, bolstered by a patina of self-improvement and social benevolence. This conclusion lends credence to the prediction of cultural critic Alfred Kazin a half century ago that art would decline to the level of shopping or sports. Brave new world, alphas and betas! In our current fraught situation, can anyone plausibly defend Maurizio Cattelan’s $120,000 duct-taped banana at Art Basel, “Comedian,” so formally similar to the Communist hammer and sickle designed by Yevgeny Ivanovich Kamzolkin (1885–1957)?
Edgar Allan Poe wrote in “The Philosophy of Composition” about the need for an aesthetic “unity of effect” in a literary work of art. Nearly two hundred years later, after the creative destructions of one art history movement after another, there is still something to be said for works of art that say one thing, forcefully, over works that say many things, half-heartedly and notionally, relying on what we might call the Bloombergian shotgun effect. Can works of art and exhibitions be complex and contradictory? Of course they can, but not indiscriminately, as is the case with the omnium-gatherium blockbusters or surveys. Let curators curate from an understanding of individual artworks and a narrative through-line. Use the catalogue essays, commissioned at some expense, form the outline. Don’t set out to amuse or patronize audiences, or flatter our prejudices or ignorance. Educate us, challenge us, thrill us, astonish us. We demand it; we accept no substitutes. Shows with narrative theses and overarching ideas are also more interesting to review, I might add, than concatenations of objects that are not particularly connected aesthetically.
I give Buckley the last word: “I think the observable reluctance of the majority of Americans to assert themselves in minor matters is related to our increased sense of helplessness in an age of technology and centralized political and economic power. For generations, Americans who were too hot, or too cold, got up and did something about it. Now we call the plumber, or the electrician, or the furnace man. The habit of looking after our own needs obviously had something to do with the assertiveness that characterized the American family familiar to readers of American literature. With the technification of life goes our direct responsibility for our material environment, and we are conditioned to adopt a position of helplessness.”
views