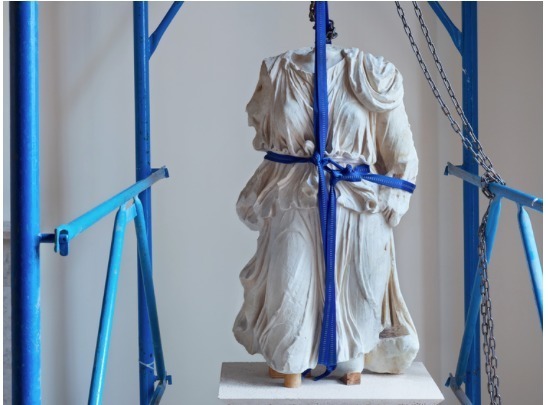 Catherine Wagner is one of a select group of Bay Area photographers—including Richard Misrach, Michael Light, and David Maisel—who use photography to examine the contemporary world and the social forces and institutions shaping it, combining social-document factuality with art photography’s formalist rigor. Unlike her peers, however, Wagner does not focus on the anthropogenic natural landscape, but the indoor, manmade landscape; with some exceptions, she depicts scientific and cultural artifacts, savoring their beauty, while remaining at least ostensibly neutral in tone, befitting photography’s once-vaunted mechanical objectivity. Charlotte Cotton in The Photograph as Contemporary Art coined the term, “”the deadpan aesthetic.” Wagner lets us draw our own conclusions from image and title, without editorializing.Selections constitutes a mini-retrospective, drawing from various bodies of work in the artist’s forty-year career, in both black and white and color. It serves as a good introduction to her work, possibly to be followed up with a visit to Archaeology in Reverse, an installation examining the museum building at Mills College in Oakland, where Wagner teaches. The richly diverse Anglim Gilbert show includes works from Early California Landscapes (1974-8), semi-abstract views of construction sites; The Moscone Site (1978-81), documenting the construction of Moscone Center (named after the late mayor) and Yerba Buena Center, which replaced the old working-class neighborhood south of Market Street, presaging today’s dot-com gentrification; The Architecture of Reassurance (1995), depicting the infantilized dream world of Disney parks; American Classroom (1985-6), depicting empty classrooms across the country, with their uniform desks and blackboards; Art & Science: Investigating Matter (1995), a study of scientific samples and collections and their storage facilities, based on Wagner’s interest in the Human Genome Project; Museum Pieces: Trilogy: Reflections on Frankenstein, the Arctic Circle and the History of Science (2003), juxtaposing Arctic landscapes of Romantic desolation and grandeur with 1950s scientific models and the foil-wrapped Frankenstein-monster devices (actually vacuum chambers) used at Stanford National Accelerator Laboratories; Reclassifying History (2005), focusing on the ‘backstage’ practices of art curators and technicians at San Francisco’s deYoung Museum during its move from the old neoclassical building to its contemporary quarters; A Narrative History of the Lightbulb (2006), a typology of lightbulb evolution (which includes an homage to Yves Klein’s International Klein Blue); trans-literate (2012-3), a study of Braille books, closed and open, in diptych form; and Rome Works (2014), a study of how classical artworks are maintained and presented, made during the artist’s Rome Prize Fellowship.That’s a huge range of subjects, and it does not even cover everything: her 2015 photographs documenting the rehabbing of the 1275 Minnesota Street building for art galleries were not represented; nor were her considerable public artworks; nor were her color-gel photographs of objects from painter Giorgio Morandi’s studio, made during a two-year residency at 2-year residency at Museo Morandi and Casa Morandi in Bologna, and a summer home in Grizzana. (A dirty job, to be sure, but I suspect that Wagner could have made interesting photographs of even her lunch, that selfie cliche, had she wanted to.) Wagner’s photography, like the best art, is both the portrait of a temperament and a window on the world. Viewers may want to read the new monograph, Catherine Wagner: Place, History and the Archive, with an interview by Stephen Shore; or the Archaeology in reverse catalog, with an essay by SFMOMA’s Rudolf Frieling, Curator of Media Arts. 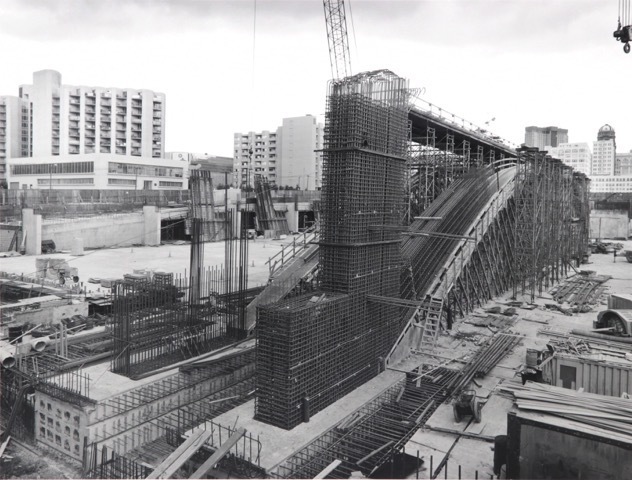 In the meantime, don’t miss these works, listed chronologically, at Anglim Gilbert: “Double X Construction (Early California Landscape),” with the witty rhyming of X forms in 2”x4” bracing repeated in the taped glass of the windows behind; “Arch Construction IV (Moscone Site),” with its wide-angle view of a roller-coaster-like incline and scaffold anchored by an L-shaped section of densely packed, almost solid rebar; “Emerson College, Southwick Hall, Boston MA (American Classroom),” with its empty, laminated-plywood writing desks faced by a trio of blackboards, one of which bears a large, scrawled inscription: I DON’T KNOW”; “Columbus, Penelope, Delilah (Re-Classifying History),” a trio of marble statues of historical and mythological figures resting on pallets or in crates, silhouetted against a black curtain; and “Artemis/Diana (Rome Works),” a headless, legless marble torso set atop a pedestal and lashed into place by nylon strapping that matches in color the enameled steel of a portable scaffold that frames the view of the goddess like a theater’s proscenium arch. —DEWITT CHENG 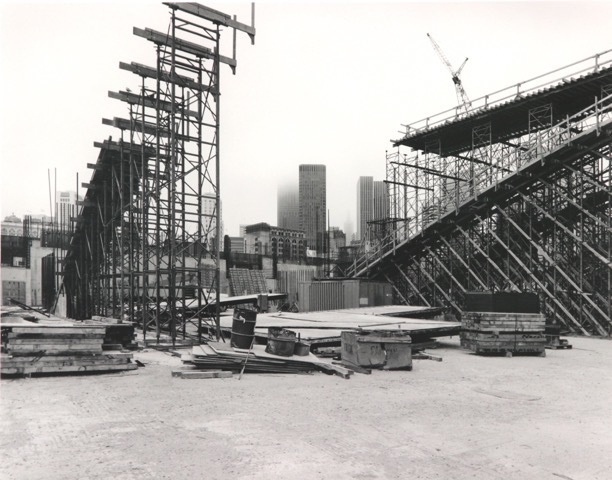