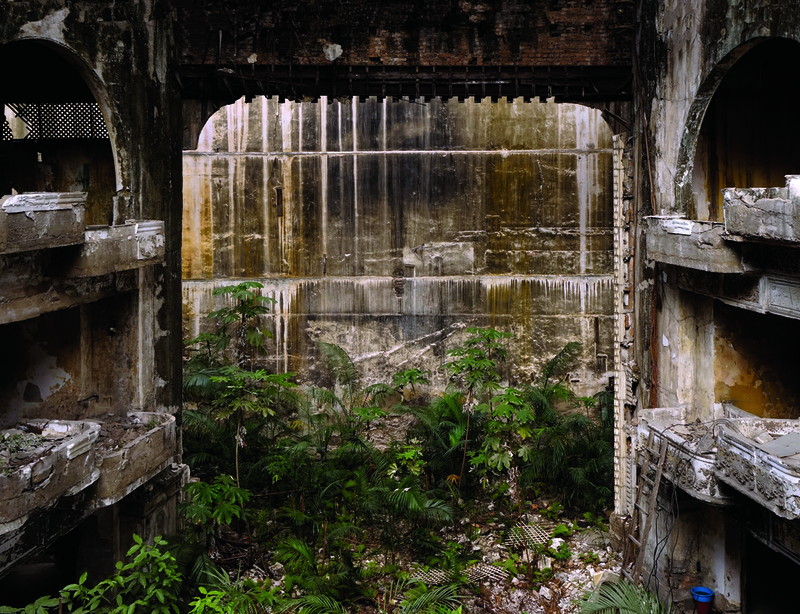 Photography captures time, but in more ways than one. It freezes an instant, for posterity, but the images made by cameras and film (or digital sensors) capture not only the instant of their creation, but the time elapsed from past to present. Photographs are time machines or time capsules bearing messages from the past.

The Bay Area photographer Charles Anselmo is is a connoisseur of ruins, like those eighteenth- and nineteenth century artists and photographers who documented the ancient worlds of Rome and the Middle East. Best known for his photographs of the picturesquely decaying infrastructure of Havana, made during over seventy trips during the past twenty years, Anselmo is decidedly old-school in his studied approach to carefully scouted and selected subjects. He carries a view camera and tripod, and shoots on 4x5 film, scanning the negatives for digital printing in large format on paper (traditionally and archivally matted and framed) or on silk (hung loose from curtain rods, and rippling with the slightest air current). The crumbling, neglected public buildings that he photographically preserves—both colonial-era baroque and revolutionary-era modernist in style—affect the contemporary viewer as the antiquarian etchings of Piranesi and the Romantic paintings of the Turner and Hubert Robert did their audiences, evoking melancholy about the depredations of time, and a pleasant sense of at least temporary immunity—of being an observer and survivor. Rose Macaulay describes such nostalgia—etymologically, the pain of memory—in her classic Pleasure of Ruins, as a pleasurable “self-projection into the past, ... observing the screech owl, the bat, and the melancholy ghost, and the vegetation that pushes among the crevices and will one day engulf.”

Anselmo writes that he depicts “derelict sites, with the “broken structure and interiors engaging a dialog about the interaction of place, memory and the city's social context... Expressing their own visually inherent narratives, these disparate, fragmented realities remain disconnected from their original identities. Like the unknowable "essences" in Plato's Theory of Forms, the structures which began as perfected, idealized concepts are later reinterpreted, broken and repurposed under the weight of history as they become "phenomena," the sensory representations in everyday life.” He captures  “the dissonances of Cuba's urban landscape in ... decline as palaces and theaters become outside spaces, and the broken symmetries of grand structures are newly interpreted as subjective phenomena in a timeless archaeology of loss.” The photographs of Teatro/Moto depict the decaying grandeur of an abandoned theater built in classical European style a century ago, during Cuba’s colonial period. Anselmo:

Nestled behind the extraordinary Baroque beauty of Havana’s restored Gran Teatro is the smaller, roofless Teatro Campoamor. For fifteen years I had walked by this remarkable relic, unable to enter due to its barricades and boarded doors. One oppressively humid day in July, 2017, I met the caretaker who had been living in the theater for twenty-four years in what had been a coat-check room. [The caretaker’s portrait is included in the exhibit.] I was overwhelmed by the beauty of the inner edifice magically overtaken by lichen and vines, its wooden stage turned into soil by many seasons of rain. Fifteen-foot tropical palms had been gifted to this interior from seeds driven by the hurricane winds of previous years, the gold gilt peeling from sensuously ornate plasterwork.

Anselmo’s large, hyper-detailed photographs and his prints on billowy Habothai silk convey the richness of faded architectural glory as it succumbs to time and nature —and to the repurposing of the past by the future. The Teatro Campoamor was transformed in the 1990s into a parking lot, or moto, probably serving patrons of the resplendently restored Gran Teatro, adjacent to it in Havana’s city center. The art critic Jorge Luis Aguilar writes that the Teatro, as a remnant of pre-revolutionary Havana, is something “we don’t want to see or remember,” but still a part of Cuba’s history and psyche. “Anselmo is a compelling seeker. He has wandered Havana’s streets innumerable times, like any Habanero. He knows Havana as very few do. He enjoys telling her stories, telling her dreams, ... with the smiles and the suffering.”

Hypercapitalist America, which has in recent decades prided itself on market-based “creative destruction” and the enrichment of its elite while neglecting its crumbling infrastructure and the desperation of ordinary citizens, should observe, and draw the proper conclusions. Americans might also consider the totality of their history, not just its airbrushed grade-school-friendly mythology. In “Ozymandias,” Shelley evoked an ancient ruined royal statue reduced to two stumps of legs:

And on the pedestal these words appear:

'My name is Ozymandias, king of kings:

Look on my works, ye Mighty, and despair!'

Nothing beside remains. Round the decay

Of that colossal wreck, boundless and bare

The lone and level sands stretch far away." 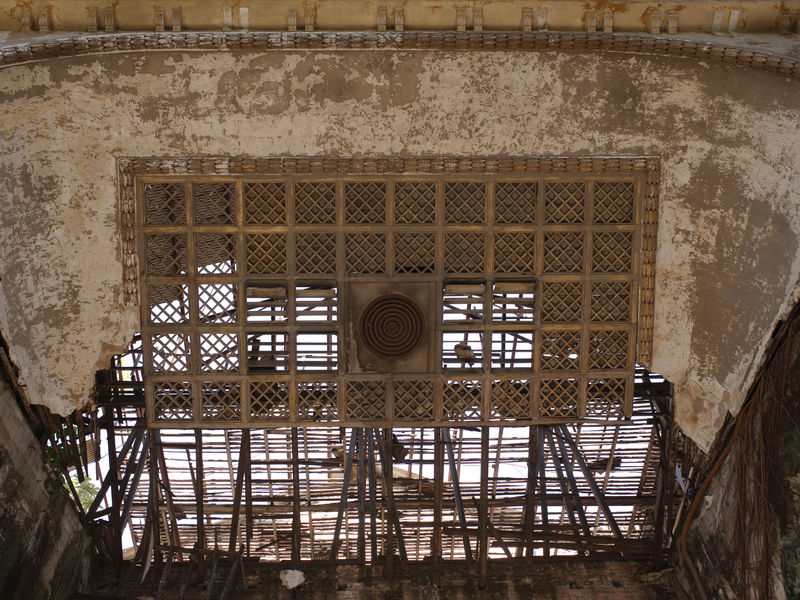 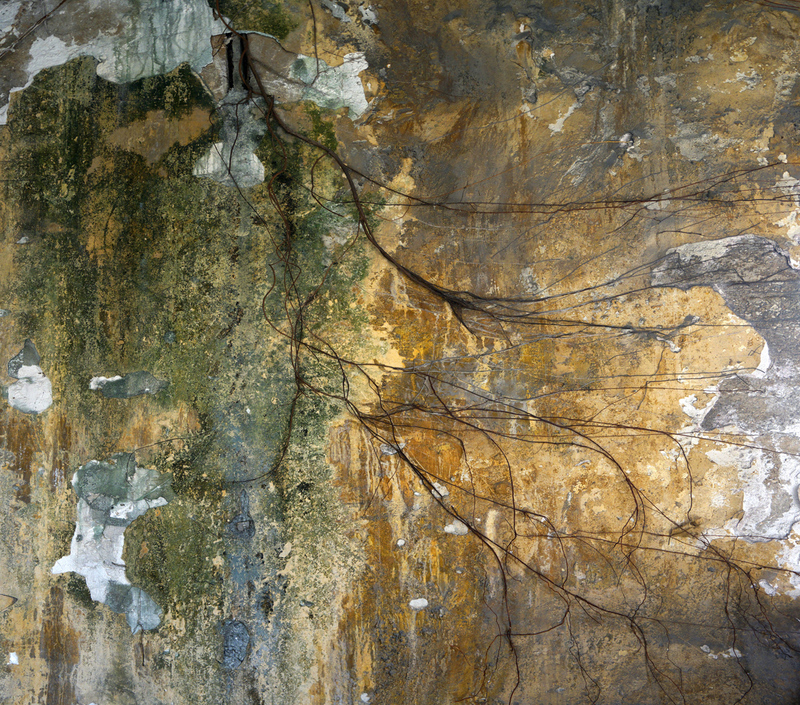 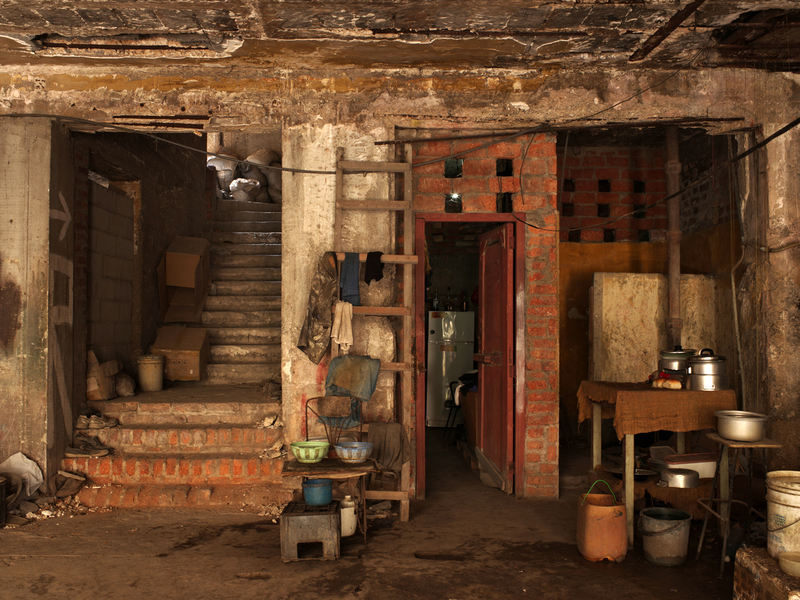 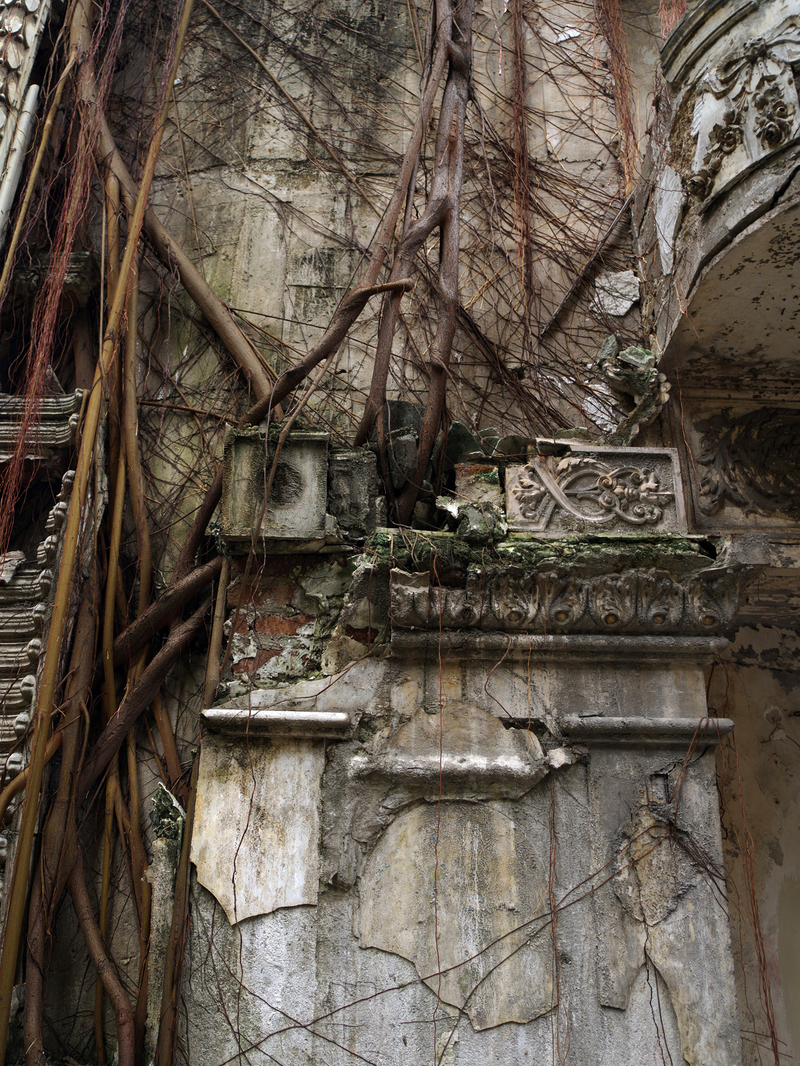 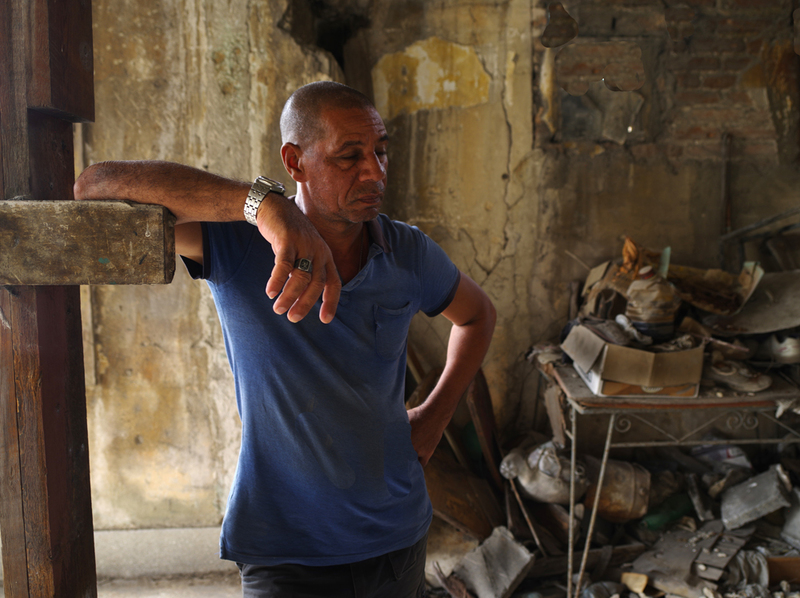