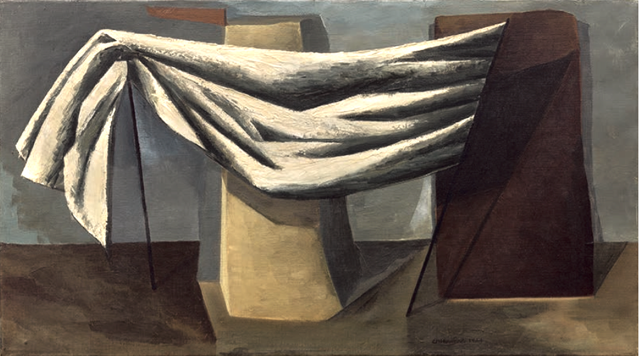 The Berkeley Art Museum looks back to the 1940s, when modernism was making its way to California, with a re-examination of the painter Charles Houghton Howard (1899-1978), who came from an illustrious family of Berkeley artists and architects. His father, the architect John Galen Howard, supervised the design for UC Berkeley’s campus; brothers Robert and John were renowned in sculpture and painting, respectively; and Robert’s wife, Adaline Kent, became a prominent sculptor. Howard, who was shown in New York in the 1930s with the likes of Man Ray and Joseph Cornell, along with the European Surrealists, deserves to be remembered nearly seven decades after his Legion of Honor exhibition. This large retrospective of some 75 drawings and paintings on canvas celebrates a local talent (Berkeley High School, class of 1917; UC Berkeley, class of 1920; 1940s Bay Area art star and shipyard worker) who contributed significantly to the modernist tradition.

Despite his famously artistic family, Howard was educated in journalism at UC, becoming a convert to art only after graduating, in a 1924 epiphany over a Giorgione painting in Venice. Moving between New York, London, and the Bay Area he absorbed a host of influences, developing his trademark style of complex geometric constructions or environments suggestive of stage sets, carefully designed and immaculately rendered, and brightly lighted or deeply shadowed, with caravaggesque drama and mystery. The ex-journalist described his paintings with deliberate ambiguity and bohemian understatement as “portraits of the same general subject, of the same idea, carried as far as I am able at the time.”  Elsewhere he characterized his work as “a balance between reasoned construction and free intuition.” Howard’s biomechanical forms—reminiscent of Mirò, Picabia, and Duchamp—always appear (despite their tendrils, whiskers and buds) designed for construction, and oddly palpable. A catalogue written by Curator Apsara diQuinzio and others, including artist Robert Gober, is available. A Margin of Chaos runs through October 1; Berkeley Art Museum and Pacific Film Archive, 2120 Oxford Street, Berkeley, 510/642-0808; bampfa.org. DeWitt Cheng 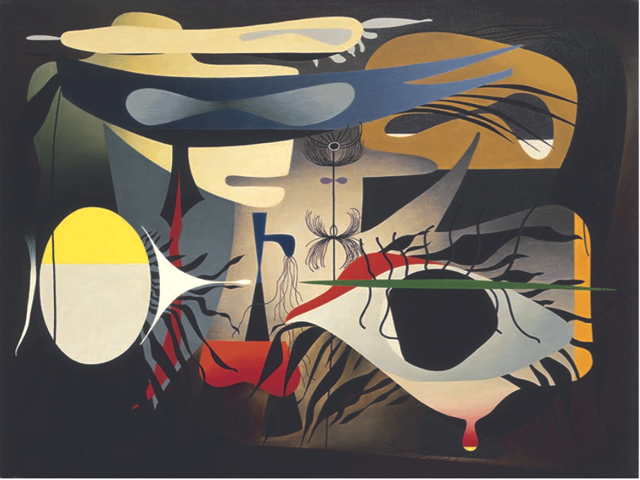