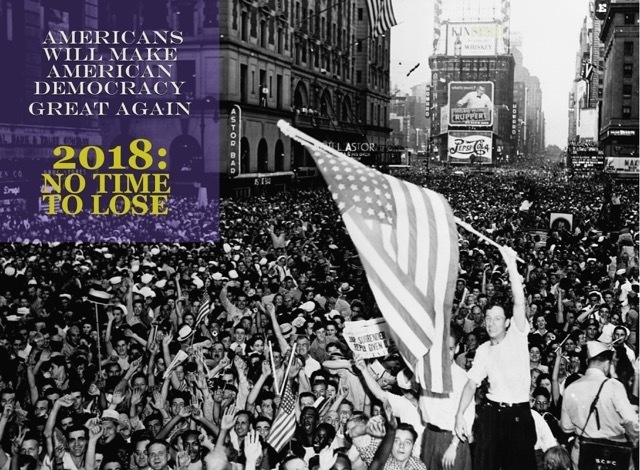 The midterm elections are a week away, and, according to the latest news, Trump and his minions are running scared, speaking of a possible “massacre” or “slaughter.” Make it so, please; this is our last chance. “We shall nobly save, or meanly lose, the last best hope of earth,” to quote the first, best Republican president.

In keeping with the current perilous Zeitgeist, on Halloween day, I headed over to Jack Fischer Gallery, in Minnesota Street Projects, in San Francisco’s Dogpatch neighborhood, where a particularly relevant and important show is hung right now (but ending—with a bang, not a whimper, we hope—on election day): Ward Schumaker’s Trump Papers; Hoisted by His Own Petard. Close readers of Hamlet will recognize the Shakepearean reference to being blown up by one’s one bomb: Hamlet engineers the deaths (via lettre de cachet) of two college friends who spied on him for his murderous, treacherous uncle. Trump is of course decidedly un-Shakespearean (although the gleefully wicked Richard III comes close), but Schumaker, one of the Bay Area’s most talented and original abstract painters, delivers a ringing condemnation of Trumpism by simply turning his own egregious words against him. Schumaker paints them, in a variety of fonts and colors—in a brilliantly surprising palette anchored by cadmium orange—the lies, insults, brags, and threats that characterize this low era. These beguiling word paintings, with their irregularly stenciled letters invoking Warhol’s silkscreened printer’s ‘holidays,’ or mistakes, present quotations from Chairman Donald and his henchpersons : “I alone can fix it,” “I’m President and you’re not,” “The truth isn’t the truth,” and ”Bow down to President Trump.” Both stentorian and stuttering, these slurred and curiously beautiful paintings are perfectly in synch with our fake-news-based Crazytown-on-the Potomac; they also provide a refresher course in Trumpiana for those who have tuned out, or never tuned in. (If you miss the show, a similar body of work, Hate is What We Need, is available in book form as well, the perfect gift for a Trumpist relative endowed with a sense of humor.)

This is not a review of the Schumaker show (although it certainly merits many), so much as a reflection on art’s place in the general culture, and, more specifically, on political art’s standing within the diverse universe of art.  Contemporary art includes almost innumerable galaxies and solar systems, to continue the astronomical metaphor, serving every possible taste or aesthetic inclination; this is why it is impossible to formulate a grand unified theory of art, as previous cultures did, lacking our instant access to information. Read the art criticism of two hundred, or a hundred, or even fifty years ago, and the worldview of a different time and place become readily apparent; whether those values are dated or not is up to you. What those cultures had, however, which we lack nowadays, was a sense of absolute values and of man’s place in the cosmos: misguided or not, they had faith, or optimism, for lack of better terms. Sir Kenneth Clark in Civilsation, his BBC survey of the art of western civilization, mentions several times that belief in one’s culture is crucial to creativity. (These days, we might also include a presumption that the world is not going to hell. Many artists confess to difficulty in focusing on work. Even Ward Schumaker, for example, with whom I talked, at the gallery, said he longed for getting back to making art—although I would consider his artistic confrontation with Trumpery, which he deprecates as therapy, as exemplary artmaking in crisis.) Art is recent years has become overly dissociated from reality, and perhaps even, in its elitism and removal from the concerns of the common, complicit with the global capitalists (no matter what French philosophers we invoke, reverentially). When Andy Warhol said that making art was just a job, in the 1960s, it was refreshingly provocative and down-to-earth; fifty years later, we know that extremism in the defense of aesthetic freedom (to paraphrase Barry Goldwater) can degenerate into artistic sin. Art today embraces everything, but too often stands for nothing but itself.

There are, of course, many artists who focus on political issues, and I am not for a nanosecond contending that all artists need to be polemicists or propagandists. But such artists find themselves sidelined by the art world, shunted into university galleries or small art centers. Art is big business these days, and galleries and major museums for the most part are leery of alienating the patron class. When the history of this lamentable, disgraceful era is written (assuming that we survive Trump’s Déluge), how many art institutions will be able to  answer—except with retrospective sanctimony—Pete Seeger’s question from the Depression years, “Which Side Are You On”?  Remember the shaming military-recruitment poster from England, a century ago: “Daddy, what did YOU do in the Great War?” Stand up for your right.— DeWitt Cheng 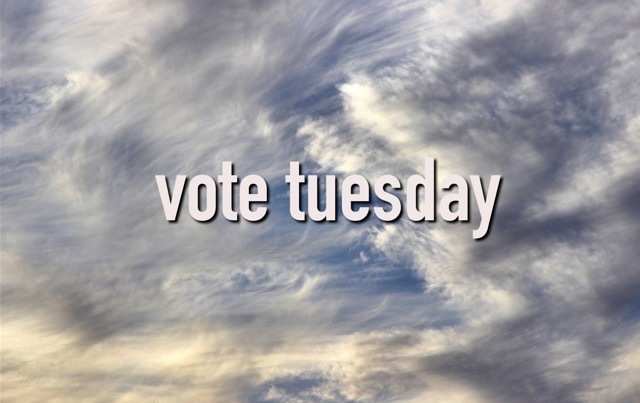