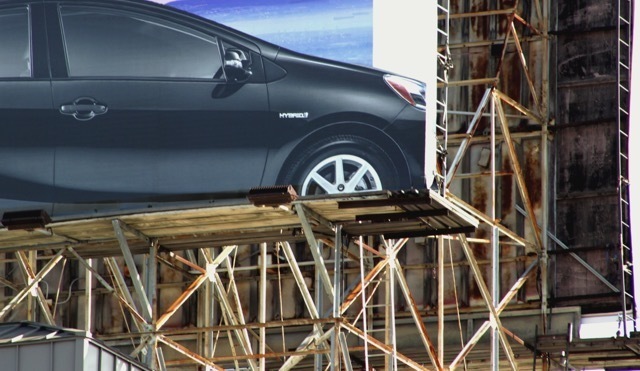 We who are fortunate enough to live in dynamic, diverse and scenic San Francisco are watching the real–estate news these days with increasing feelings of trepidation. With the tech boom, housing prices and rents have been skyrocketing. The latest figures show a median apartment rent of around $3800, with no flattening of the upward trend in sight. This has occasioned various protests against the tech interlopers and their disruptions: blockades of the Google buses that ferry IT hipsters from the Mission District down the peninsula to Silicon Valley; and calls for more low-income housing (some of which is coming on line, to use a now wry figure of speech) and special protections for artists. While some of this may come to pass in the fullness of time, many of us are close to being resigned to exiting San Francisco eventually for the dreaded suburbs, and probably sooner rather than later. We worry about the viability of an art world largely depopulated of artists, except for the lucky, talented few whose work will resonate with the new mogul class.

Rather than continue to bemoan this wave of change, let’s consider how the decentralization of San Francisco’s art world throughout the region—to outlying cities like Vallejo, Richmond, Fremont, Hayward and beyond—may have some beneficial side effects. Artists in general come from middle-class backgrounds, so we’re not exactly bedraggled refuges with our household goods and gods piled onto pushcarts, so the question is: can the art diaspora actually help?

—Art schools will continue incubating talent in the stimulating urban environment. Artists after graduation will continue to band together for moral and aesthetic support, as in the past. If San Francisco never had a central gathering place like New York’s Cedar Bar in the Abstract Expressionist 1950s, it has had informal, ad hoc affinity groups that operate autonomously but come together at times, some of them served by local nonprofit venues with a mission of presenting the new. Social media have made ‘chilling’ easier than ever, so mere proximity is less important, and new cohorts will form on the urban peri[phery. Artists are nothing if not creative and flexible.

—If the group mind is useful for young artists, groupthink is destructive to mature artists. It is naïve to believe that creativity comes only from bringing a critical mass of talented people together; indeed, sometimes isolation is essential: read Anthony Storr’s Solitude: A Return to the Self. In our contemporary culture of mass distraction, we all need time to think and hear ourselves think. Those artists who have persisted with their work past the blush of youth, into their forties (and beyond!) and have created dazzling, profound and beautiful work—largely unknown (alas) to the art market—bear this out.

—Can contemporary art, which has for several generations set its sights on the authoritative tastemakers at the top of the social pyramid, regain its footing as a vehicle for mass communication and transformation? The modernist, utopian goal of shocking the bourgeoisie in order to create a new sensibility has devolved into the postmodernist goal of pandering to the status-anxious and not necessarily informed collector/consumer. Art education, in my humble opinion, went off the rails when it sidelined the teaching of art history (which should be artists’ common frame of reference) to focus on philosophy and aesthetic theory, which inculcate, despite a superficial Marxism, a cynical pandering to snobbery and self-satisfied irony—some revolution! The art historian Suzi Gablik in Has Modernism Failed? (1984) blamed the modernist retreat from society into pure abstraction for art’s perceived descent into frivolity, but, whatever their faults, modernists took themselves and their art seriously (even those iconoclastic Dadaists). I think that too much Pomo art, despite its stated communitarian ideals (which Gablik championed in The Re-Enchantment of Art (1991), to mixed effect), continues to preach to the MFA/PhD-socialized crowd. Can artists out in ‘real’ American connect with average people? I work in Silicon Valley, where people are smart as can be, but there’s less art consciousness than I would like, certainly. Are there potential Herb and Dorothy Vogels out there who simply never saw art, correctly or not, as important or relevant?

It is received wisdom, of course, that art scenes develop and thrive with a fortuitous combination of surplus money, creative energy, and a critical mass of talent both in the creation and dissemination (marketing) of art. Can a geographically decentralized, somewhat diffused art scene—perhaps less trendy—be a good thing for an art world overly driven by money and fashion, by financial egotism rather than aesthetic ambition? Time will tell, but we will have to make change our friend, as someone in Hillary’s circle used to say. See you on the Facebook holodeck and at the eating court in the mall. 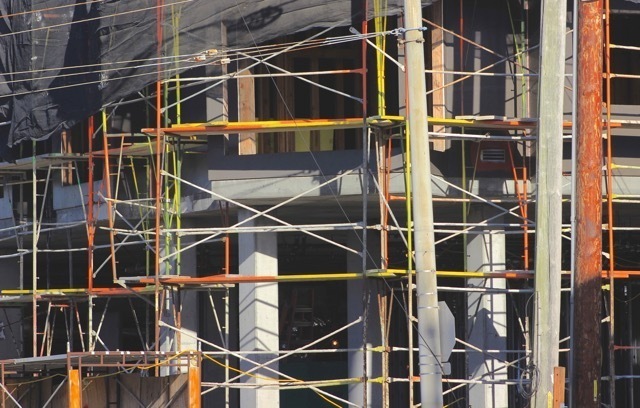