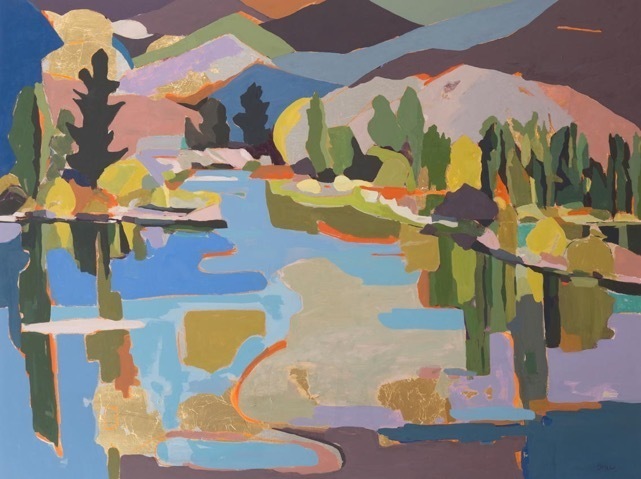 Painting from nature is not copying the object; it is realizing one’s sensations.—Paul Cézanne

We must not be content to memorize the beautiful formulas of our illustrious predecessors. Let us go out and study beautiful nature.—Paul Cézanne

In the mid-nineteenth-century, as industrialization began to transform the American landscape, painters took upon themselves the task of preserving in art what civilization and Manifest Destiny were quickly eroding. One Hudson River painter, Jasper Cropsey, wrote, in 1847:
The axe of civilization is busy with our old forests, and artisan ingenuity is fast sweeping away the relics of our national infancy.... What were once the wild and picturesque haunts of the Red Man, and where the wild deer roamed in freedom, are becoming the abodes of commerce and the seats of manufactures.... Yankee enterprise has little sympathy with the picturesque, and it behooves our artists to rescue from its grasp the little that is left, before it is too late.”

If Cropsey could not bring himself to condemn industrial progress with the scorn of his contemporary, the Romantic, antiquarian, pessimist J.M.W. Turner, who famously condemned England’s “dark satanic mill, “ his words still ring true in the age of global capitalism, American-style—although the natural world even in its diminished present state continues to inspire plein-air (i.e., open-air, outdoor, onsite) artists who seek unspoiled areas for their calm beauty.

Jenny Margareta Linnéa Wantuch (who uses the signature JMLW) is known for her colorful landscape paintings of the San Francisco Bay Area, done in oil or gouache. A native of Stockholm, Sweden, and reared in a farming family, Wantuch grew up with a love of nature and a passion for creativity that was encouraged early by her family and art teachers. After earning a chemistry degree in Uppsala, and a decade of working as an environmental engineer in the Swedish pharmaceutical industry, she moved to the Bay Area in 2001 for a job in the Biotech industry. Enrolled in graduate school at Berkeley, however, she discovered that her old interest in art would not be denied. She took a career detour, studying with the Bay Area artists Jude Pittman and Deb Rumer, among others. Wantuch’s semi-abstract landscape paintings savor the natural beauty of her adopted home—including, at times, the dynamism of San Francisco’s urban scene—and have met with increasing recognition and success. Today, she is a busy, respected emerging artist with a lengthy record of achievement and acclaim.

Wantuch works primarily outdoors, “hiking a bit with ... extra luggage,” as she puts it, dealing with wind, fog and bugs, in order to confront what the hiker Cézanne called, ‘the motif’ directly, in all its messy reality, referring to photographs only when necessary. “I ... rely on my direct observation, which means I take careful notes of colors and design. I believe that by painting from life, I grow as an artist, I learn from what I see. In the studio, I use my plein-air paintings as reference for large-scale paintings.” While Wantuch paints in color patches, like Cézanne, rather than modeling objects in space, three-dimensionally, i.e., “copying the object,” in Cézanne’s words, she employs flat interlocking shapes rather like irregular puzzle pieces—or the varicolored counties and countries in geographic maps. Wantuch’s bright, pure, Fauve colors, absorbed as a totality, as if from a distance, convey the light and landscape of the northern California landscape with a rigorous economy of means that recalls the pointillism of Seurat and his circle. Her modernist Arcadian views of California—e.g., Wild Mustard in Inverness, Creek in Half Moon Bay, Princeton Beach, Spring at Crystal Spring, Reflections at Stanislaus River—capture and preserve the Golden State’s clear, white light and scenic vistas, still alive and well in our ‘late-capitalist’ era of Yankee enterprise. 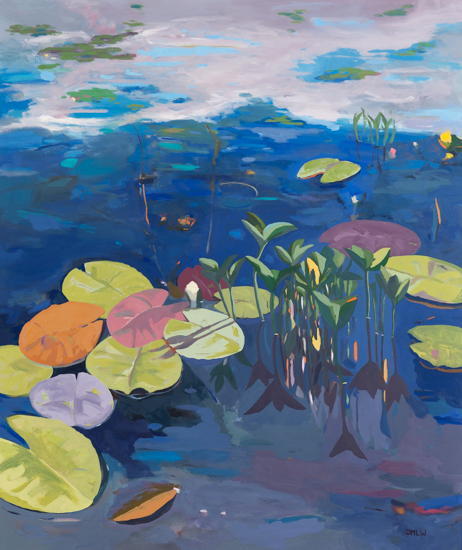 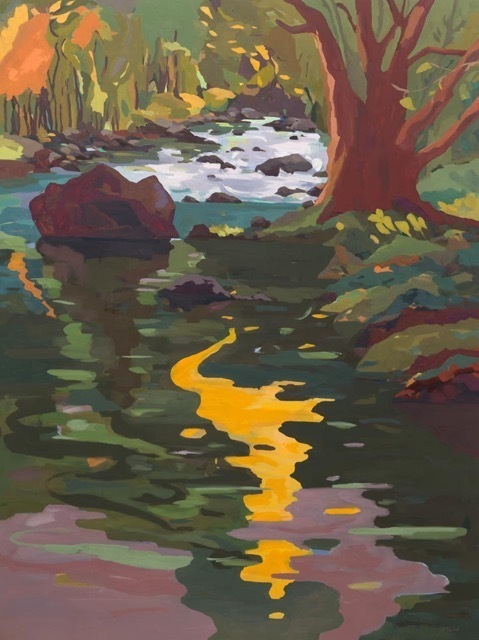 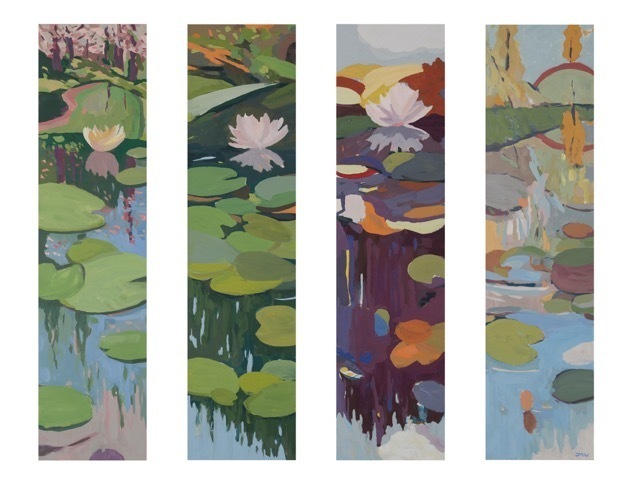