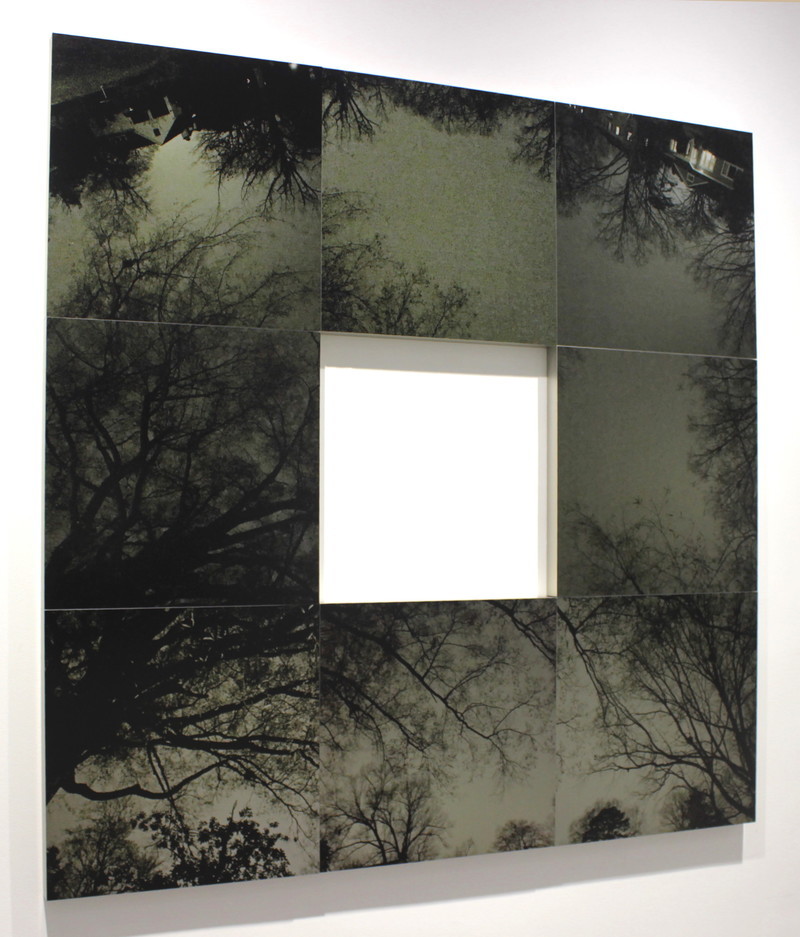 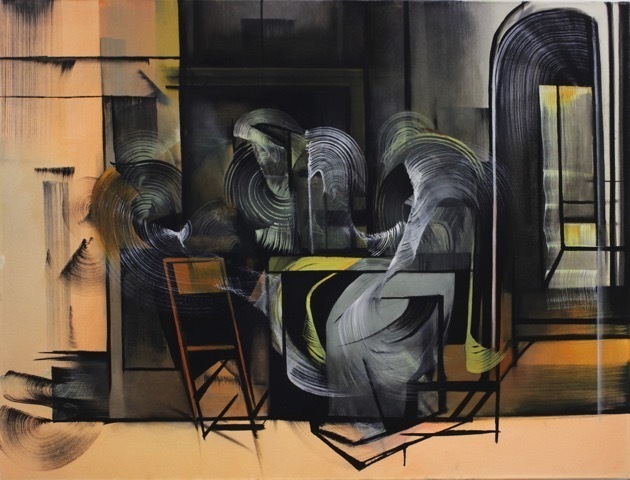 Two artists look at the great mystery, time, through painting and photography in this provocative curatorial matchup. Laina Terpstra’s small to mid-sized oils on canvas at first appear to be elegant., curvilinear abstractions in muted palettes of brown, ocher, black and white, but it soon become clear that they represent the motions of absent actors, like the blurs in long-exposure photographs. Motion became a subject for artistic interpretation at the dawn of modernism with the influence of photography. The most famous example would be Duchamp’s 1912 “Nude Descending a Staircase,” but also in the running would be the lesser-known but equally memorable contemporaneous oil by the Futurist Giacomo Balla, “Dynamism of a Dog on a Leash,” with lady and pet dachshund endowed with a panoply of rotating legs, as if photographed under strobe lighting. Terpstra joins this witty tradition by making works—all visually satisfying by themselves—as variants or homages to Old Master paintings by Pieter de Hooch, Jan Steen, Jacques Louis David, and, the master of chiaroscuro and tenebrism, Caravaggio. If the monochromatic “Room of Resistance” suggests, with its ectoplasmic white veils floating in darkness, Max Ernst’s grattages set into a Redon noir, “From Caravaggio’s Seven Acts of Mercy” seems to depict the swirling Baroque draperies of that painting minus the actors of the sacred drama, Raptured to a better place? Don’t miss the small and large versions of “From Pieter de Hooch’s Man With Dead Birds and Other Figures in a Stable,” compelling mashups of Old-Master gravitas and modernist abstraction: postmodernism worth its salt—and, wonderful to relate—such contrapuntal pairings can be done!—worth hanging with the originals.

In the smaller gallery are four nocturnal-landscape photo mosaics by Tama Hochbaum, a former painter and printmaker, who now uses a camera to depict “an unfolding of time, a story told.” Shown here are four 48”x48” squares composed of eight 16”x16” prints, with the center squares absent. Hochbaum’s centerless square polyptychs, featuring shots of the night sky in various locations, and shot presumably forty-five degrees apart, are based, I am told by gallerist George Lawson (thanks for the memories!), on the neolithic jade bi, a carved circular disc with a circular hole at the center, representing heaven. —DeWitt Cheng 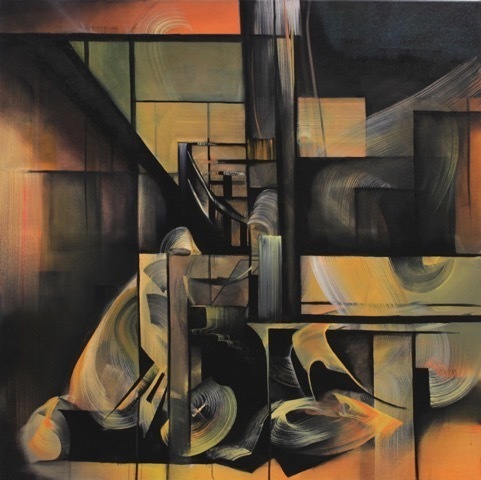