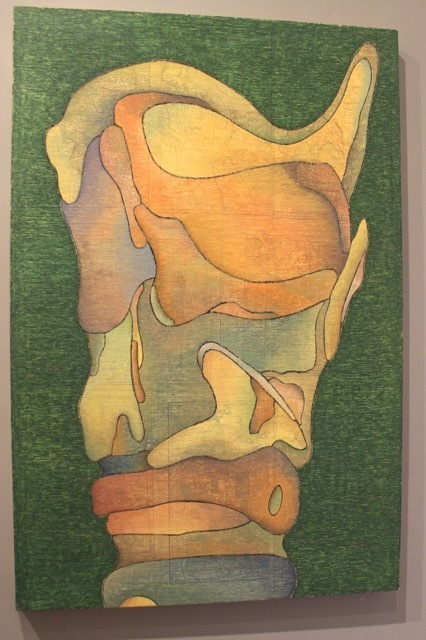 LEW CARSON: SECRET MAPS OF THE BODY
January 6-28, 2018 Far Out Gallery3004 Taraval Street (at 40th Avenue), San Francisco CAhttp://www.faroutgallery.comThe human body was the central focus of western art for some six centuries, from the Renaissance, when anatomical studies began (at some risk to venturesome artists like Leonardo), until the advent of Modernism, when artists rejected academic style and the idea of man as semi-divine. Delacroix’s“admirable poem, that human body from which I am learning to read” had declined into, in essence, debased doggerel. With Dada and Surrealism, artists sought to portray the complexities of modern consciousness, not the dogmas of received wisdom from Greco-Roman and Christian culture. The East Bay painter Lew Carson draws on the Dadaist/Surrealist  collage tradition for his poetic imaginary landscapes (or, to use Roberto Matta’s term, ‘inscapes;) Inspired by anatomical diagrams, including the famous 1858 classic text, Gray’s Anatomy (still being published!), which he he found “familiar, complex and mysterious”—Carson layers his anatomical contour drawings atop printed maps mounted to wooden panels. Since the topography remains legible beneath Carson’s translucent glazes, he combines, in Secret Maps of the Body, the inner world and the outer, the self and the world. “Ascension,” “A Narrative of Longing,” “Bone Scape,” “Sequence/Consequence,” and “Luminous Entity” depict the body as a microcosm of the universe. All accounts of mystical experiences note the loss of self and ego—or, rather, their incorporation into the fabric of the cosmos. Carson sees art as a potential vehicle for “transport[ing] us from the ordinary to the ecstatic, a heightened state of clarity and bliss,” and these lyrical semi-abstract paintings, with their glowing, stained-glass palettes and biomorphic forms, show that art can be, despite the aesthetic cynicism of recent years, transcendent, merging the personal with the universal. 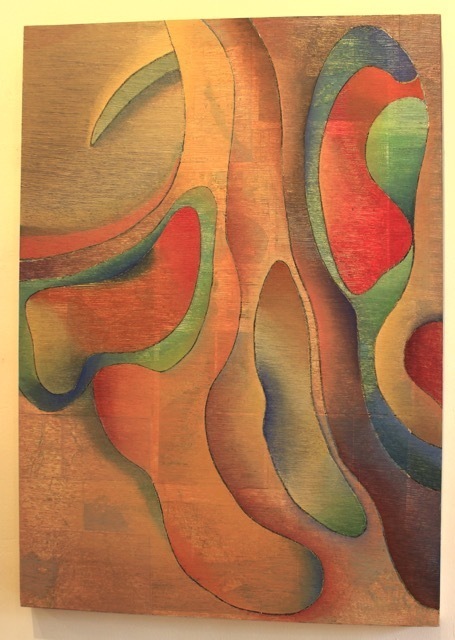