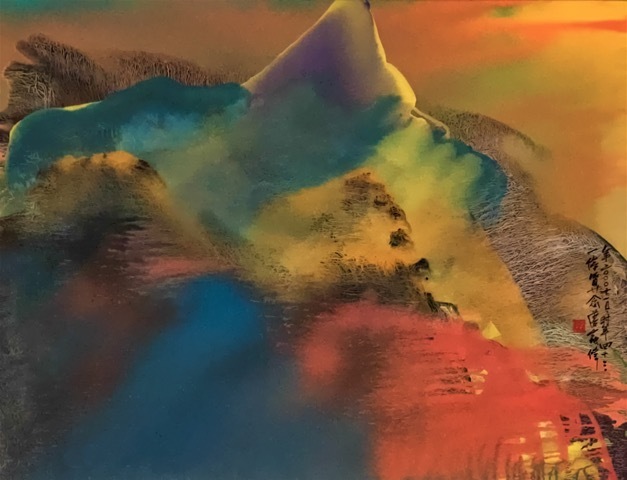 
Originality is the tacitly assumed essence and sine qua non of creative art. Young artists in ultra-individualistic America sometimes avoid looking at older artists for fear of being influenced, or contaminated—to their detriment. Artists of the past learned from the masters by copying and assimilating. Arshile Gorky famously copied Picasso (“If he drips, I drip.”), himself an omnivorous eye; and Ben Shahn praised the artists of the past as friendly ghosts, not obstacles or enemies. Creative talent may be inborn but it has to be developed.


Adding to the confusion in recent years was postmodernist theory. The deaths of the author/artist and of individuality itself were widely accepted in academia. Jorge Luis Borges parodied the death of originality in his prescient 1939 pseudo-article considering the literary achievement of “Pierre Menard, Author of Don Quixote.” ”His admirable ambition,” writes Borges,”was to produce pages which would coincide—word for word and line for line—with those of Miguel de Cervantes.” And then there are the complexities of digital art, with appropriation and plagiarism shading into each other.


The Hong Kong painter Wesley Tongson (1957-2012) exemplifies the synthesis of tradition and innovation. In 2018, the Chinese Cultural Center of San Francisco presented a small but impressive exhibition of his work, entitled The Journey.  Curator Catherine Maudsley noted that Tongson’s ink paintings were grounded in the nature motifs and calligraphy of classical Chinese painting, but enlivened by daring Abstract Expressionist brushstrokes, ink splattering, marbling, resists, decalcomania (pressing painted papers onto the surface and peeling them off), and even brushless painting done with fingers and hands. She cites his training by Gu QIngyao, in Suzhou, and Huang Zhongfang, in Hong Kong, but concludes that “Tongson’s journey was primarily a solitary one.” Hong Kongers will need no introduction to the artist, whose genius was recognized early in his home town, but others seeking background information can look up my review at https://artomity.art/2019/02/04/wesley-tongson.


If I, following Maudsley, saw Tongson’s oeuvre as a spiritual quest through art, it is evident from Spiritual Mountains: The Art of Wesley Tongson, at the Berkeley Art Museum, that he had many teachers and mentors guiding his singular, solitary way. The exhibition features eleven magnificent works recently acquired by the museum, interspersed with paintings by like-minded artists, drawn from the museum’s permanent collection or borrowed from private collections. Thus it celebrates Tongson not as an artistic isolato (though his schizophrenia and reticence make his career mysterious), but belonging to a tribe or secret order, its members separated by time and space but united by a shared vision. This show deliberately eschews a chronological sequence, offering instead, through the erudite wall-label commentary by Julia M. White, Senior Curator for Asian Art, a time-traveler’s tour of a group of Chinese painters, all trained in the way of the brush yet guai (eccentric) enough to infuse personality and even dash into a tradition that, by incorporating change, evades formulaic repetition. (In this context I cannot resist mentioning the artist Arnold Chang, whose wonderfully anachronistic (i.e., outside time) ink painting, Thinking of Spring (2010), is included in the show; in 2006 he wrote: “The response I seek from the viewer is that the work has the look and feel of an old master painting. And yet, one can’t point to any specific image or artist that I am copying.” )


But let’s return to Tongson’s pilgrimage. An untitled mountainscape from 2000 from the Mountains of Heaven series is composed of large irregularly shaped blocks of bright color, painted wet into wet, with a wide brush, without any preliminary black-ink drawing framework. Its loose, soft-edged organic forms, which recall the organic abstraction of Frankenthaler, Louis, Olitski and Dzubas, are given specificity by black ink textures suggestive of rocky scarps and forests. How these effects were achieved remains an enigma, but Tongson’s absolute mastery of technique in realizing an inner vision inspired by Taoist/Buddhist lore could not be clearer. Scudding Clouds, Misty Peaks (1996)  is equally virtuosic, with loosely brushed and splashed ink and color suggesting  microscopic realism without any concession to photographic reality. White in the walls label notes that Tongson wished to splash ink to the point of resembling photographs; here he creates, through seemingly random means, a timeless metaphor: the holy mountain rises as a seeming emanation of art materials governed by a shaping intellect. Slope (1990) and Mountain Range (1993) are equally stunning cosmic landscapes. Hung between these four powerhouse works are two landscapes by Zhang Daqian (1889-1993), one of Tongson’s artist heroes, whose melding of free-form techniques and effects were crucial to the younger artist’s path. An untitled work on the opposite wall, a horizonless landscape, from 2001, carries the proliferation of marks achieving a hallucinatory level.


The works of many other artists—too many to enumerate here, with some dating back to the Ming Dynasty and beyond—show that Tongson’s spiritual and artistic quest was guided by his artistic ancestors. The path forged by the self-styled Mountain Daoist (Shandao Daoren) will guide future metaphysical/poetic explorers.
views