“The universe is not only stranger than we imagine, it is stranger than we can imagine.” Strange, a vast exhibition that draws on the Berkeley Art Museum’s extensive collection, ratifies biologist JBS Haldane’s aperçu, while extolling creative subjectivity and the artistic imagination, both disparaged in recent years as, respectively, illusory (since individuality is a myth) and compromised by its ostensible service to power. Postmodernist groupthink had a good run—until it collided with the iceberg of global capitalism and climate change. (Welcome to surrealist hell, eggheads.)

Surrealism, long considered by formalist critics a deplorable aesthetic misadventure, has regained credibility in our stranger-than-fiction, mad-Tea-Party times. Strange postulates that the surrealist impulse predates and postdates the movement’s glory years from approximately 1920 to 1940; that the human psyche’s embrace of the mythic, fantastic, and dreamlike—le merveilleux, in Surrealist terminology—even the nightmarish, is eternal. 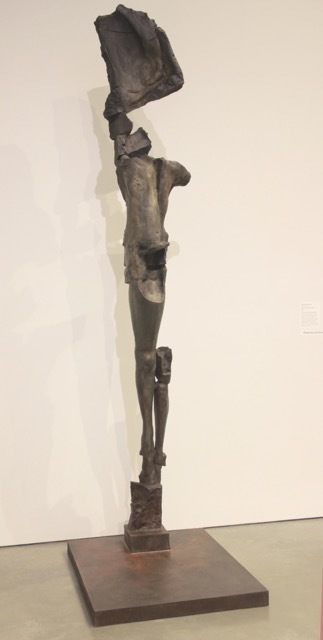