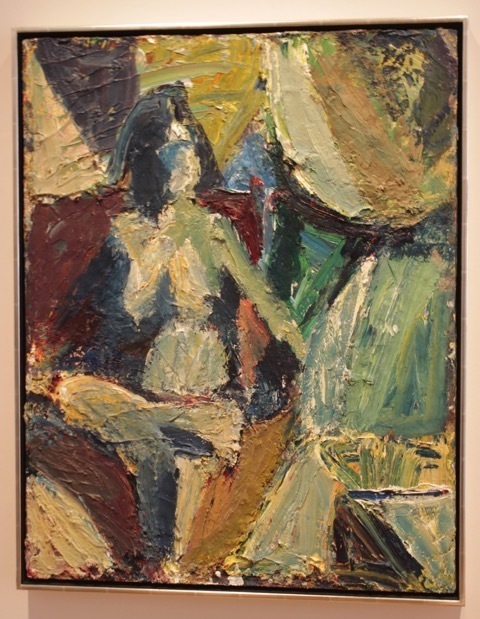 The huge crowds at SFMOMA’s Matisse and Diebenkorn show prove two things: that Bay Area Figuration (BAF) has an enduring appeal, and that, even in our deeply unserious culture, serious artists learn from serious artists, tribal elders whose work speaks across time. The painter Terry St. John has a long history in the BAF tradition, having studied informally in college with his friend James Weeks, a Diebenkorn student; and, after earning an MFA, going on to an illustrious career as painter, curator and educator. Frances Malcolm’s incisive catalogue essay quotes the artist: “Painting somehow gave me an opening to the future and a sense of hope ... it was salutary.”

This career retrospective features thirty figure studies, landscapes and still lives, mostly in oil on canvas, cardboard or panel, but including eight figure studies made between 2012 and 2017 (during trips to Thailand) in ink wash on paper. St. John’s painterly, expressionist style will remind viewers of Diebenkorn and Weeks, but if Diebenkorn’s lyrical color and refulgent space owe a debt to Matisse, St. John’s heavy, simplified forms, at times almost obscured beneath his rugged, scumbled impastos and high-contrast lighting, suggest to my eye the monumental, archaic figures of Picasso’s Iberian period preceding the invention of Cubism. Thai Woman With Tuba (2016), Chiang Mai Balcony (2016), and Bupha By WIndow (2016), to name only three works, are beautiful paintings, but powerful and sculptural rather than pleasantly luxurious or chromatically melodious: Spanish duende rather than French delectation? In some pieces, you may descry other influences percolating into the creative mix: David Park in Solveig (2014); Guston and Rouault in Lanna Farm Woman (2015); Munch (whose influence can be seen in the landscapes) in the early Uncle George (1956). Don’t miss these wonderful landscapes and still lives: Studio Still Life, Berkeley (1985), Still Life/Studio (1978), View From Holy Cross Church, Santa Cruz I (1985), Berkeley Marina (2004), and the unassuming, delightful Berkeley DMV (2015). —DeWitt Cheng 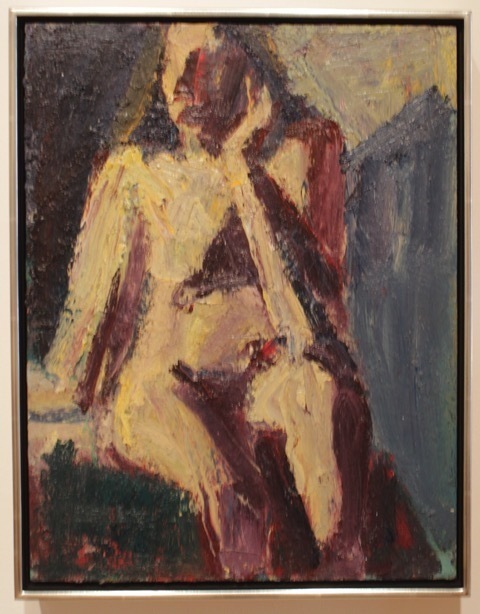